↓
About Us :
Both Sagittarians & born a day apart……we love nothing better, than to travel : 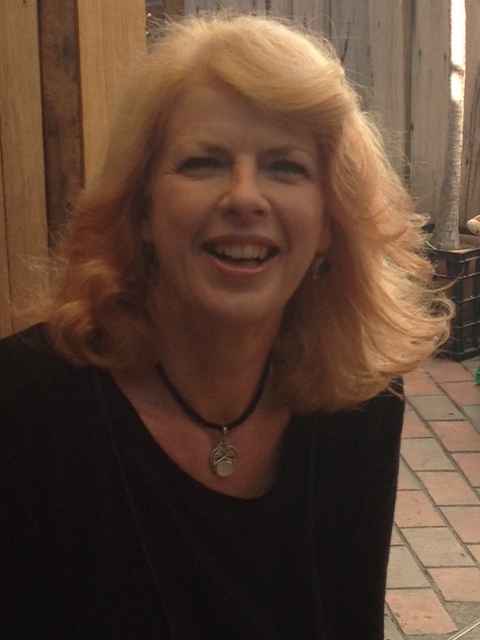 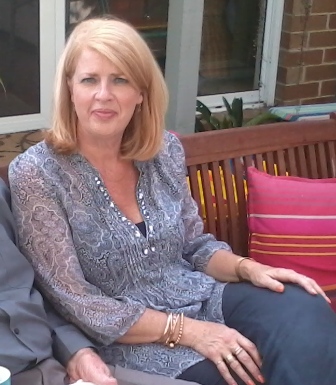 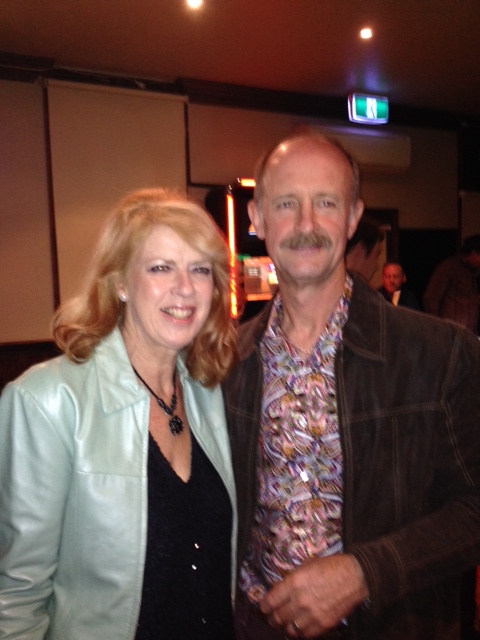 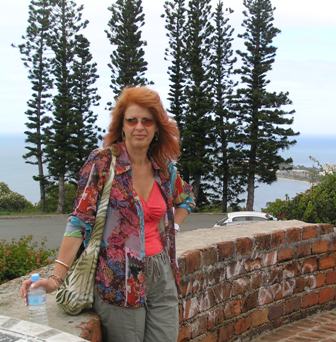 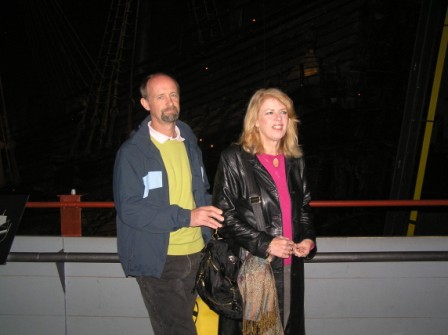 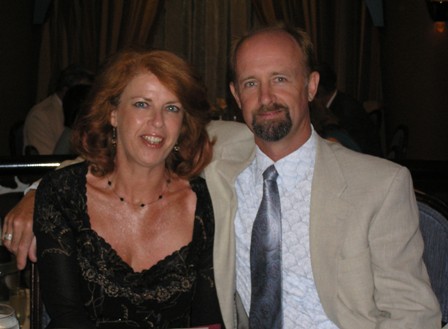 Cruising in the Islands

Leigh and Anne-Marie photo taken whilst judging and holidaying in New Zealand in 2006.

We have had nearly a lifetime with these beautiful dogs. After purchasing a pet to raise with our two young daughters in 1973 we became hooked on the breed and started an infatuation that is still continuing today. 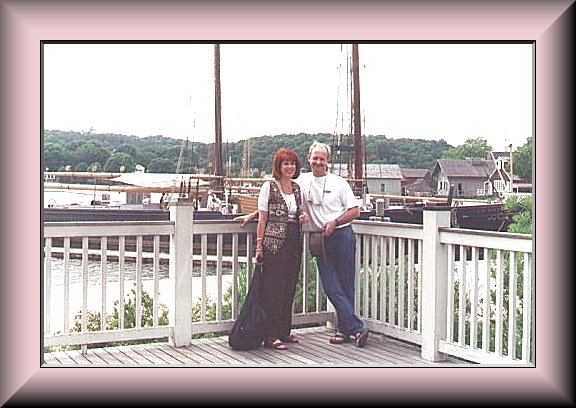 We first started in Irish Setters in 1973, with the aquisition of a puppy bitch with Raycroft (UK) lines. We showed fairly consistently & successfully until in 1981 we were given our foundation bitch, Aust Ch Taraglen Opus One. “Bracken” who was the very successful product of the Parrlyn/ Tatlow combinations.”Bracken” was bred to Aust & NZ Ch Eireannmada Montana who also was the result of local lines with the infusion of English & South African stock . Aust Ch Pendoric Pulsar, Aust Ch Pendoric Purdy, and Aust Ch Pendoric Palladin were the result.

These Irish were all Specialty winners & went on to produce likewise, we then bred Aust Ch Taraglen Flair (herself a combination of Taraglen with a Fondador (UK) bitch, to NZ & Aust Ch Ballymoss O’ Dougal ,
(Wendover breeding)
Pendoric Prim N’ Proper was then bred to Eireannmada Wells Fargo (A Montana son with an American dam, Charltons Marigold Imp USA).Two very typey brothers came from this mating with Aust Ch Pendoric Izy For Real being a consistant Specialty winner and his brother, Aust & Indian Ch Pendoric Parade “Raider” winning DCC & BOB at the 1987 Royal Melbourne Show (Australia’s largest All Breeds Show). “Raider” was sold to India in the later 1980’s where he was Top Show Dog for 3 consecutive years. Pendoric is the only Irish Setter breeder  that has won the “Hindu” Trophy for Dog of the Year, with two different dogs. The second dog being Australian, Indian, Brazilian Grand, Mexican, PanAmerican, International, Argentinian, Uraguay, American & Canadian  Champion:  Pendoric Perfect Thyming (Alex)

“We are one of three breeders to have won the award twice.

Simultaneously we had produced another bitch from Aust & NZ Ch Ballymoss O’Dougal to Aust Ch Pendoric Purdy to start another prefix “MARIGOLD” in combination with Greg Browne as a tribute to Charltons Marigold who was tragically lost in a house fire with her second litter at foot.

Marigold Aphrodite was then bred to Quailmoor Defiance to produce the very successful brother/ sister combination of Aust & NZ Ch Marigold Mad About Men ( the youngest Irish Setter to win BCC at the Royal  Melbourne Show since 1948) & Aust Ch Marigold By the Way “Byron” who was top dog in South Australia for many years, & he became the foundation dog for Bernie & Peter Martin (Martinridge kennels).

Many Champions followed, with some going to New Zealand, Hawaii, India and throughout Australia, to join the breeding program of many good breeders.

In 1992 we imported frozen semen from the USA from the Meadowlarks lines. American Ch Meadowlarks Fire N’ Rain “Rory” was also a National Specialty winner going Best of Winners in 1991. The semen from this lovely dog , we put to Eireannmada Red Echo (a Ch Pendoric Pulsar & Ch Pendoric Izy For Real granddaughter).

Aust Grand Ch Pendoric Fire N’ Ice (AI) “Aurora” – the 1st Irish Setter bitch to be awarded the title of Grand Champion in Australia & Aust Ch Pendoric Pandemonium (AI) “Damon” were the result. This brother/sister team were titled at 18mths of age, both won Irish Setter Specialties, Best in Shows at All Breeds Shows & between them won over 12 Royal Challenge CC’s & 5 RCC’s at our Royal Shows with “Damon” being Best In Group at Launceston Royal in 1997.

We have now International  progeny in the ring (Sweden, Russia, Ukraine, Greece, Israel ) dogs that are products of their heritage who are displaying such outstanding characteristics of the breed which is reflected in their show results world wide.

Leigh is now in the ring currently, 2021  showing an “Alex” son  “NICO” who was sired by Frozen semen to one of Diane Andersons (EIREAN ) lovely bitches “Sonnet” 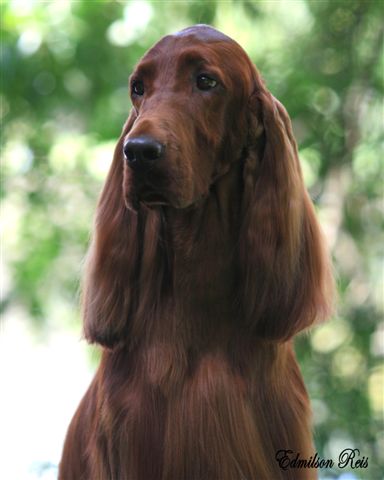