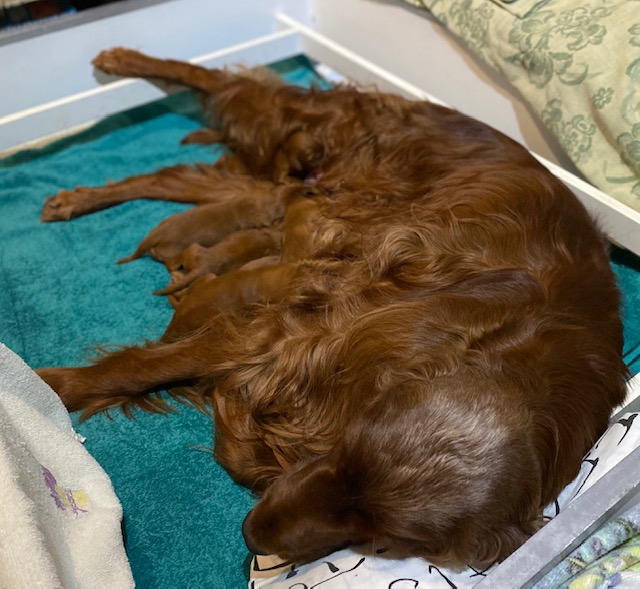 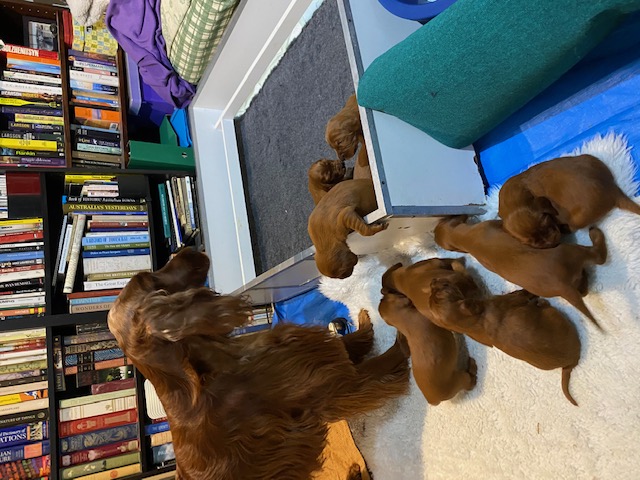 Photo below Rum with daughter “Hero” 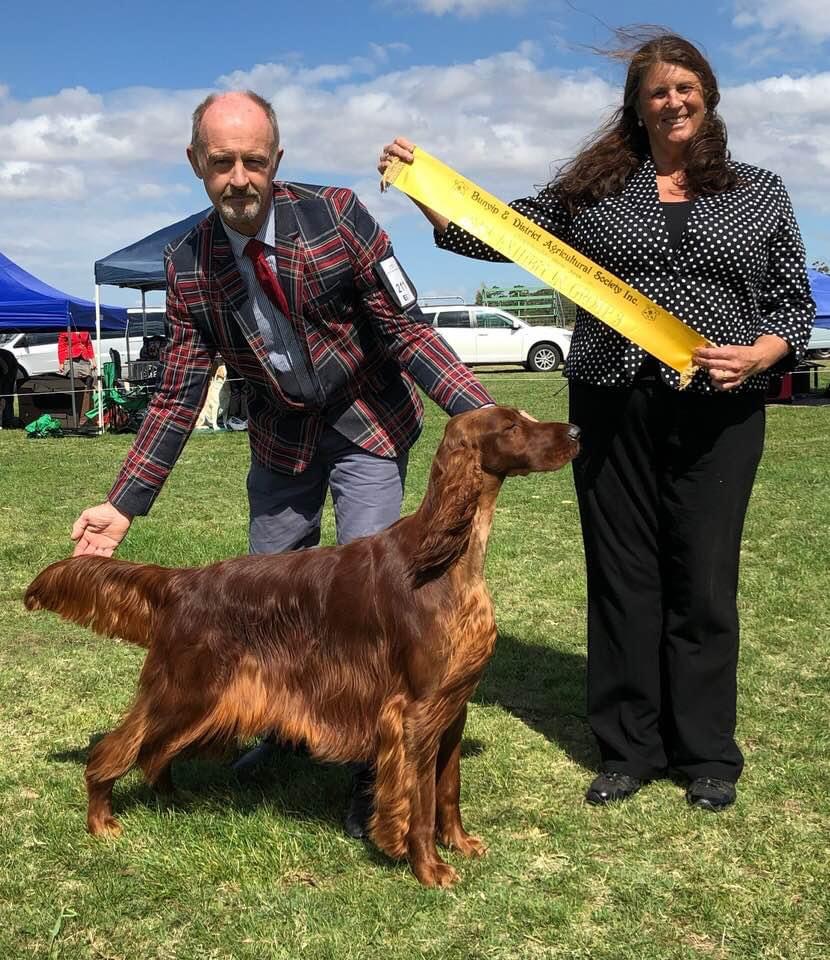 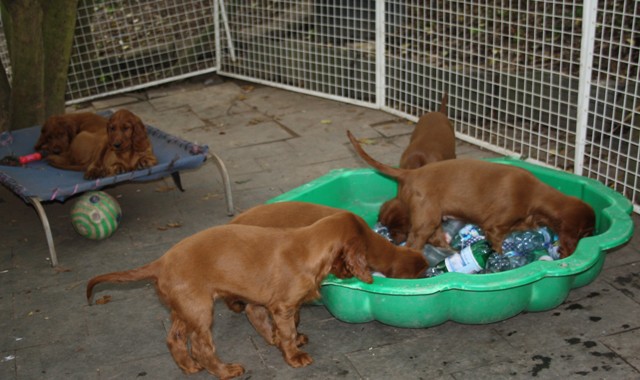 Well we have been resting on our laurels for awhile, basking in the reflective glory of our breeding which has been doing so exceptionally well in Europe & surrounding Countries.

After some unfortunate luck with missed matings, singleton puppies & spayed bitches we now have a most promising litter & some new young “super” show animals.

& of course these new babies from “Caylee” & “Rauri”

Melvin has added this super win to his growing list of achievements both Internationally & locally .

A Multiple Best In Group winner he is a fabulous ambassador for “Pendoric” in Sweden & Europe.

Young Jake is now an Aust Ch @ just on 15 mths of age. Consistently holding his own against more mature animals he displays many attributes we admire in our lovely breed.

“Arwen” another “Carina” youngster finished off her Aust Ch title also in March.

Both “Jake” & “Arwen” represented “Pendoric” @ the TOP DOG night held just recently in Melbourne. This show was a contest for Best In Show & Puppy In Show winners.

Summer is here with a vengence atm so attending shows are spasmodic. We have had a couple of lovely wins with

“Arwen” Best In Show under an Australian Gundog specialist

“Rauri” gaining his Aust Ch title & his litter brother Redmond not far behind.

“Cooper” 2 more BIS to add to his total, but he is back in sunny Qld with his beloved owner until he starts his Autumn campaign to finish

Super Cooper back in Melbourne for his Summer campaign.

Back at the shows after a quite Christmas.

“Cooper” has again done well with winning Runner Up In Show (All Breeds) at his first show for 2011 !!

“Cooper” here to be campaigned from Queensland for awhile. We are thrilled but Bronwyn will miss her house companion.

Melvin has been winning well with 4th & graded Excellent at the World show in Norway & 3 best Exhibit In Groups under Finnish, Swedish & Australian judges !  also siring a large litter to an “Applegrove” bitch which at this stage show great promise. He is showing definite signs of fulfilling his fantastic heritage !!

Back after a short break, Riley, Libby, Melvin (Sweden)  Foggy & new Baby Redmond all have some great wins !!

Our dogs have had some nice wins recently with the most recent last WE with the Father & daughter team (Fog & Riley) taking the Breed both days & Riley going onto  Runner Up In Group & Aust Bred In Group !
The Debut of Redmond aka “Pendoric Rustic Red KA “ was also a great thrill with the great result of BABY PUPPY IN ALL BREEDS SHOW. (Redmond is from BISS BIS Ch Eireannmada Rusticana & Ch Pendoric Red Angel )
“Ch Pendoric Perfect Angel “Libby” is nearing her Grand Ch title & she is only 4 years “young” She has been a consistent BCC winner since she started her show career at 12 mths old.
“Melvin” Pendoric Foggy Perfection became Estonia winner (Is already Nordic winner ’09 )  with a Group 1st & the CACIB. Melvin & Riley are Progeny of Foggy & Carina (BISS & Multiple Royal CC’s ) Ch Pendoric Fire Anythyme )

Libby now has 3 Best In Group Wins in 3 weeks.

“Libby” was BIG at Yarra Glen, Eltham & then Sovereign City shows with all 3 Judges being Gundog Specialists. !! her half brother “Foggy” has been taking back seat with DCC & RUBOB !!

Another R/Up in Group for “Foggy”

“Runner Up In Group” for Fog & “Intermediate In Show “for “Riley”, what a good start for 2010. Libby (BCC & RUBOB) & “Riley” also won the BCCs at 2 of the first 3 shows we have attended for 2010 under International Judges from Canada, Ireland & Germany.

Runner Up In Group ” for “Fog” at our last show for 2009 cements his position as Top Irish Setter in Australia both in the All Breeds System & the Best Of Breed System.